Welcome to Agglomerations! This is a blog (if you turn on email notification, *poof* it’s a newsletter too) by Alec Stapp and me where we’ll be writing about a broad set of technology and innovation policy issues, with a particular eye on the impacts and importance of agglomeration effects.

Economists and urbanists talk a lot about the significance of clustered networks of individuals and firms working and living together in a shared environment, which typically results in a “more than the sum of their parts” effect.  More people -> more ideas -> more innovation -> more growth. We see this take place across the US, within cutting-edge tech firms, and of course, we are benefiting from personal agglomeration effects as co-bloggers.

In this first post, I thought it would be helpful to sketch out the differences between several related concepts and terms: technology policy, innovation policy, and industrial policy. While acknowledging that these terms are used loosely and there will inevitably be lots of overlap, there are some common threads that can be organized. Hopefully, fleshing out these terms can make our conversations clearer.

First, there’s “technology policy”. Alec will be able to tell you more about the complexities there in future posts, but roughly, tech policy is what we call the system of public policy that integrates both mature and emerging technologies into the marketplace and society writ large. Privacy, antitrust, content moderation, cybersecurity, intermediary liability, and many other existing bodies of law have to be constantly rethought and evaluated as the technological frontier gets pushed forward.

If technology policy is the matter of governing existing tech firms, then innovation policy might be answering the question: “How do we ensure the creation of new tech firms for the future (and not just in software)? ” Innovation itself is the process of generating new ideas, new products, new insights, and it’s the source of basically all long-term gains in human welfare. That we have better medicine, more reliable transportation, and instantaneous communication around the globe isn’t the result of finding new materials from an alien planet, but of combining and recombining already-existing atoms using methods and knowledge we didn’t possess before.

What’s especially important about innovation from a policy perspective is that it has very large public spillovers that aren’t captured by the person or entity who discovers the new idea. A famous estimate finds that in the long run an innovator captures only 2% of the value of a new invention, while society at large captures the other 98%.

This happens in a few ways. First, many of the benefits are captured in the form of consumer surplus. While Steve Jobs and Apple made billions of dollars from the invention of the iPhone, they created trillions more in consumer surplus (how much more would consumers have been willing to pay than they did). Second, Apple wasn’t able to capture the full market for the smartphone — Google and Samsung and LG and many others quickly came in and started contesting the market from Apple because intellectual property protections weren’t strong enough to prevent competition (not necessarily a bad thing in this case!).

Spillovers also happen between firms and between people. There’s a long line of economic literature that shows how firms are more productive and creative in the tight-knit technology clusters that produce the titular agglomeration effects of this blog. Silicon Valley has been such an interesting and dynamic region precisely because the new ideas produced at one firm can’t be fully captured and instead diffuse across the entire region. Employees leave to join other companies and the newest technical products are reverse-engineered and then improved on by competitors.

This is the traditional case for government support of basic science funding and policies like the R&D tax credit (more on this in future posts). But a one-sentence summary of innovation policy would be something like “policies that attempt to account for the positive externalities of innovative activities and bring the market up to the socially optimal level of risk taking, investment, and production.” It’s a recognition that we could be further along the technological frontier than we currently are because we face a collective action problem — and we need to take proactive steps to solve it.

To add another layer here, we should contrast these terms with another trendy policy category that seems to be making a renewed push in the last few years: industrial policy.

By some definitions, industrial policy is broad enough to encompass both technology and innovation policy. One definition by economist Dani Rodrick discusses the positive externalities created for society by having a certain number of “good jobs” available for the middle class. Samuel Hammond summarizes a few different definitions by saying “Industrial policy refers to coordinated, strategic investments designed to upgrade our workforce, preserve process knowledge, and expand our productive capacity.” Wikipedia goes even broader with “an official strategic effort to encourage the development and growth of all or part of the economy, often focused on all or part of the manufacturing sector.”

That’s a very large category! I’m not against this much broader definition of industrial policy, but I think it presents some issues that stem from such breadth. This is where much of the confusion in the online discourse comes from. Canonically, industrial policy has been used in a colloquial sense to talk about firm- or industry-specific subsidies and distortions. The Jones Act, lucrative agriculture subsidies, and expansive copyright terms all come to mind as tangible industrial policies in their various sectors. Libertarians and free-market types eschew this as cronyism and “picking winners and losers.” Recently, a more sophisticated generation of industrial policy advocates has been championing a set of policy tools like export promotion that are firm-neutral and attempt to boost productivity across the board. Export promotion may or may not be a good idea, but it’s very different from the kind of central-planning strawman that sometimes haunts these debates.

But the conversation gets muddied when very broad deregulatory strategies like Adam Thierer’s “Permissionless Innovation” are also called industrial policy. Meanwhile, expansive changes to US corporate governance and labor markets are also being advocated under the auspices of industrial policy. Last year when Elizabeth Warren ran on a codetermination plan and AOC advocated for the Green New Deal (which included among other things a job guarantee), both were branded as new entrants in the industrial policy fight. Under a more expansive definition of industrial policy, these may all be nominally correct, but the term is now bundling so many disparate concepts together that it ceases to be useful.

All of this should perhaps reveal that we are missing a lot of nuance by talking about such a high-level abstract category. I would prefer to break industrial policy down into its component parts and have the debate more directly connected to a specific market failure, public good, or positive externality that government policy is meant to address.

Technology policy is a subset of industrial policy insofar as “technology” is one of many possible industries one could be trying to deliberately foster. Innovation policy, by contrast, is similarly broad in scope as it can encompass many different sectors of the economy, but it is narrower in focus. By my definition, innovation policy seeks to specifically account for the positive externality of knowledge spillovers.

It’s partially for this reason that I prefer innovation policy as a working framework. Because it is more narrow in focus the possibility of mission creep is reduced. Moreover, it includes many of the good industrial policy proposals while excluding many of the bad. Things like science megaprojects, fostering agglomeration clusters, and basic science funding can all be justified using an innovation externality framework. Policies aimed at increasing the number of “good jobs,” subsidizing a specific politically-connected industry, or changing the structure of corporate governance for fairness concerns would not fall into this category. Those things may or may not be desirable on their own merits, but they fall outside the realm of innovation.

You could make a case that even some of the more controversial industrial policy proposals could constitute innovation policy if couched in the right terms. For example, Dan Wang and Brad DeLong have both argued the US should deliberately maintain an advanced industrial base, partially so that physical engineers have more overlap with product designers to preserve process knowledge and together make more progress on the technological frontier.

But this is precisely the point. The framing of innovation policy changes the terrain of industrial policy discussions such that you have to lay out the specific innovation externality that is being missed in the current equilibrium and run some kind of rough cost-benefit calculation to prove that the intervention will be worth the cost within that framework. It doesn’t answer the question, but it forces the use of a measuring stick.

That’s not to say all good policies in industrial policy can be captured by innovation policy. The present pandemic crisis sheds light on exactly this point. As Alec and I wrote in a paper for Mercatus earlier this year, our industrial base was not able to manufacture the requisite personal protective equipment (PPE) and we recommended some targeted government purchase guarantees to address that issue. Is this industrial policy? Yes, sort of. But it’s also more narrowly “pandemic policy” addressing the specific collective action problems that result from a pandemic.

Likewise, these are national security concerns that may come from being overly reliant on an adversarial nation, or that stem from a lack of supply chain redundancy for essential materials. These too are “industrial policy”, but we can disaggregate the issue and weigh the costs of intervention with the specific national security externality being alleged. The same is true for climate policy and the social cost of carbon.

Why does this kind of semantic unbundling even matter? Because for decades there’s been a de facto taboo in policy circles around “industrial policy” — which, in my opinion, has been useful for filtering out some genuinely bad policy ideas. Now, for better or worse, that taboo is starting to fade in a post-Washington Consensus world.

As it does, I would opt to instead replace it with a different kind of taboo, adopted from the rationalist community: “A Rationalist taboo is a technique for fighting muddles in discussions. By prohibiting the use of a certain word and all the words synonymous to it, people are forced to elucidate the specific contextual meaning they want to express, thus removing ambiguity otherwise present in a single word.”

By forcing policy advocates to be more specific about the tangible public good, market failure or externality they are addressing, I believe we can get better policy. The broader the policy framework, the more surface area there is for cronyism to creep in. 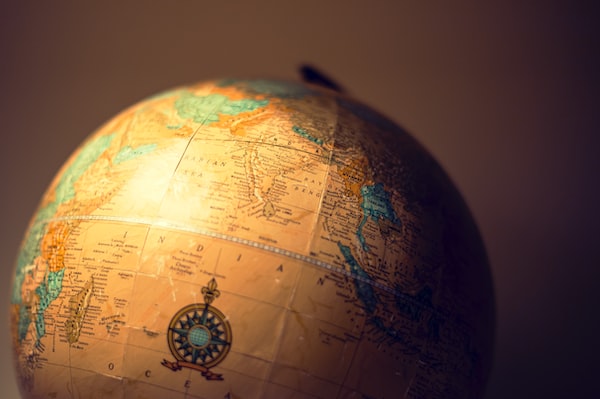 On Wednesday, the Arizona House of Representatives passed [https://www.theverge.com/2021/3/3/22309284/arizona-app-store-bill-2005-apple-30-percent-cut-bypass-legislation] a bill that would require Google and Apple to allow Arizona-based app developers to choose their own alternate payment systems — and thus avoid the 15 to 30% commissions the app stores typically charge.